The aftermath of Hurricane Harvey has left behind trillions of gallons of water and tons of debris. The ruined possessions are lined up in streams of water in neighborhoods and roads. The damage has been extensive with over 150,000 homes damaged or destroyed. As the water recedes, the road to recovery has begun and it could take days, months, or sadly even, years. 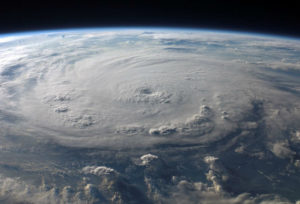 The piles and heaps consisting of furniture, toys, drywall, flooring, clothing, etc., are painful reminders of the losses incurred by residents affected by the hurricane. It is an eyesore and what’s worse is they are a perfect habitation for pests and dangerous animals like snakes. The water is also starting to give off a nasty stench. The wet conditions and the Texas heat are favorable environments for mold to grow.

It raises eyebrows because it is a health hazard that could spiral out of control if not handled with the seriousness it deserves. Floodwater is not your ordinary water. It is highly contaminated with chemicals, sewage, sharp objects, etc. According to the Centers for Disease Control and Prevention, standing waters cause chemical hazards, infectious diseases, and injuries.

Efforts have been made to start the cleanup process but it remains a big challenge to do so given the massive piles present; for instance, a single pile of debris belonging to only one home would be enough to fill out a truck. This begs the question; how much time then would it take to do so for an entire street? Sylvester Turner, Houston’s Mayor called for assistance from anyone with equipment suitable for removing heavy debris.

The residents whose houses have been damaged or destroyed have been relocated to shelters to enable the clearing up of the debris in their houses and on the streets. There were concerns about resources being diverted to Hurricane Irma if it caused extensive damage. This would mean a slower cleanup process in Houston. Federal Emergency Management Agency (FEMA) is covering 90 percent of the costs while the local crew is taking care of the pickups.

Another cause of concern from the environmentalists has been from the suspended environment rules regarding waste removal to quicken disaster recovery process. Trash looters have not been left out forcing homeowners to spray paint some of the items that will be required for insurance claims. Some even posted signs indicating the items are being aired to dry. All these hoping the trash looters will have some ounce of sympathy and move along.

Despite all that, Houston has received overwhelming support and kindness from volunteers. Many people report on how they have come back home from their shelters to find people swarming in their homes. Not looting, but cleaning up. Others are helping in different forms like donations of food, medical supplies, clothing, and all other necessities. Others are helping the elderly wade through the water. Through the unity experienced following this disaster, there is hope for Houston to slowly pick up the pieces and rise again.